“Buildings are everywhere,” writes Alexandra Lange, “large and small, ugly and beautiful, ambitious and dumb. We walk among them and live inside them but are largely passive dwellers in cities or towers, houses, open spaces, and shops we had no hand in creating.”

Buildings are discussed — indeed aspects of them obsessed upon — but almost exclusively in the context of economics. This building went over budget, that surplus of houses led to the foreclosure crisis, that condo broke the record for residential real estate, etc. To the layman, then, architecture is conveyed as little more than something that costs a lot and causes a lot of grief, rather than something with the potential to enhance our daily lives.

But as the architecture and design critic Lange points out in her new book, “Writing About Architecture,” we need to engage our citizenry in architecture in ways that move from passivity or accusation (i.e., Nimbyism) and to do so we need more … architecture critics.

Of course, the reverse has been occurring over the last decade. You can almost count the number of architectural critics at major newspapers on one hand, and while there’s been an explosion of opinion design and architecture blogs in recent years, they tend to preach to the converted or veer, with few exceptions, toward noncritical celebration or gleeful snark. 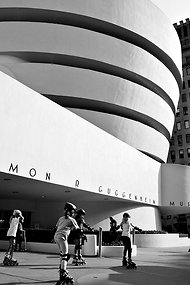 When I spoke at the D-Crit program at the School of Visual Arts last fall, many of us agreed that 24/7 media carries some of the blame — it’s hard to be thoughtful when you’re writing five blog posts a day — but there’s no shortage of reasons for the current dearth of insightful architectural criticism (like the current dearth of architectural projects, for instance).

To wit (with all apologies to the author, who will remain unidentified):

ANALYSIS: a territorial and social fragmentation, a typical “no-man’s land” undergoing the urban exodus, the settlement of the old and inactive persons, the absence of public place in the body scale substituted by the car. PROBLEMATIC: How to attract a new living to facilitate the social and urban mixity?

We can’t entirely blame the perpetrator of this crime, for it is this style of writing that is rewarded within academia. Indecipherability signifies superior intelligence. (The field of architecture is not alone in this — just ask this former Ph.D. grad student, who shudders at sentences she wrote while under the heady spell of such Continental theorists as Barthes, Derrida and Foucault.) And while I’m not suggesting we hew toward the lowest common denominator, architects and those who write about them are doing themselves a disservice by insisting on the impenetrability of discourse.

Why? Compare the above author’s approach with the one taken by the urban idol Jane Jacobs, who was uniquely successful in using her love of her surrounding built environment to make the case for preserving and expanding it. She writes in “The Death and Life of Great American Cities”:

The stretch of Hudson Street where I live is each day the scene of an intricate sidewalk ballet. I make my own first entrance into it a little after eight when I put out the garbage can, surely a prosaic occupation, but I enjoy my part, my little clang, as the droves of junior high school students walk by the center of the stage dropping candy wrappers. (How do they eat so much candy so early in the morning?) … When I get home after work, the ballet is reaching its crescendo. This is the time of roller skates and stilts and tricycles, and games in the lee of the stoop with bottletops and plastic cowboys; this is the time of bundles and packages, zigzagging from the drug store to the fruit stand and back over to the butcher’s ….

The advertising man David Ogilvy wrote, “Never use jargon words like reconceptualize, demassification, attitudinally, judgmentally. They are hallmarks of a pretentious ass.” It is admittedly unfair to compare these two snippets of writing but I’ll do so to make the point often forgotten about criticism: it should elucidate (not obfuscate) if it has any hope of making an impact. In the end, who would garner support at a city planning meeting? Both authors are talking about the same thing, but it’s evident who is making a better case. The former is worried about the “site condition”; the latter is successful in speaking to the human one. 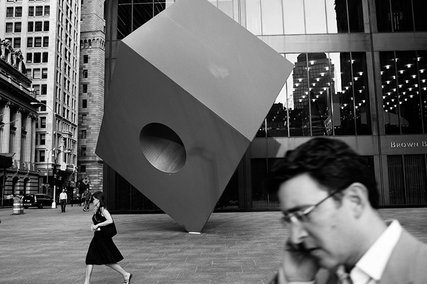 In “Writing About Architecture,” Lange recognizes the stakes inherent in the act of describing place. While she certainly is pushing writers, readers and her students to aim for clarity in criticism, Lange goes much further, arguing that architecture critics be invested intellectually and emotionally in the world that surrounds them. The iconic critics Lange celebrates enliven the spaces they write about — whether they love them or hate them. They notice things. They’re steeped in history, in context and provenance. They take their time. They make the reader want to experience the spaces described.

If you want to look into the heart of American art today, you are going to need a passport. You will have to pack your bags, leave the U.S.A. and find your way to Bilbao, a small rustic city in the northeast corner of Spain. The trip is not convenient, and you should not expect to have much fun while you’re there … [but] those who visit Bilbao, however, may come away thinking that art is not entirely remote from matters of life and death. 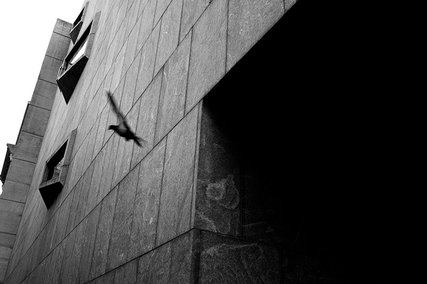 And Michael Sorkin shows, in this 1985 Village Voice review of the Whitney Museum, how a building can be described vividly — no obfuscation required, no need to hide his delight, just clear description and unbridled enthusiasm:

The Breuer Whitney is a masterpiece … Breuer divided his Madison Avenue elevation into three parts: a thin concrete wall butted up against its neighbors: a narrow zigzagging band containing among other things, the great stair; and the main stepping mass, housing the galleries, to which are affixed the winning “eyebrow” windows, apt symbols of museum going.

Many of the writers Lange includes in her book offered perspectives that not only helped shape local and national conversations around design and the built environment, but affected outcomes as well. It’s rarer today that a piece of criticism might have that effect, rare that such pieces appear on page one. There is an amazing kaleidoscope of good writing about buildings online — though there’s also an infinite number of outlets for the dissemination of not-so-good writing.

Architecture, writes Lange, “is the art you cannot avoid” and it carries a burden that the other arts don’t — it must reconcile aesthetics and ideas with user functionality. A painting or a novel need only please or provoke its audience; it doesn’t then also require setbacks, parking minimums and LEED certification. Fewer of us are affected — or even in regular contact with the other arts — while all of us are inextricably connected to the built environment. 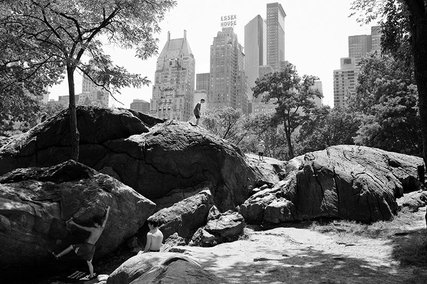 Bold, opinionated, thoughtful words about the stuff that surrounds us might result in better buildings (and cities and suburbs, infrastructure and parks). And the importance of that can’t be stressed enough. Because, as Ada Louise Huxtable, another of Lange’s heroes, put it in one of her perfectly titled essays about the importance of successful planning in New York (this one: “Sometimes We Do It Right”), “It only takes one opening in the wrong place, one ‘bonus’ space placed according to current zoning (read ‘business’) practice, to ruin it all.” Architecture critics, Lange rightly concludes, can act not just as writers but as advocates, and, in so doing, can “try to make it better.”