A 33-unit mixed-use community with 5,950 square feet of commercial space to be developed on H Street, NE, Washington, DC.

A boutique, mixed-use community in the heart of the thriving H Street NE corridor of Washington, DC.

The Baldwin, located at the corner of 13th Street NE and H Street NE, is a mixed-use project with 33 residential units above 5,950 square feet of retail in the heart of the thriving H Street corridor. The new four-story building is being redeveloped on land owned by the District of Columbia under a 99-year ground lease. Financed with 9% Low Income Housing Tax Credits, the residential component of the building will be affordable to households at 30% and 50% of Area Median Income.  The ground-floor retail was privately financed and offers neighborhood-serving retail.  The project is a joint venture between Insight, H Street Investment Corporation and Rise Development.

The H Street Corridor is considered one of DC’s commercial and creative hubs with a large entertainment district that retains a distinct neighborhood character.  The Baldwin sits in the heart of the bustling H Street entertainment district directly across the street from the historic Atlas Performing Arts Center.  Over the past decade the area has experienced a resurgence of its visual and performing arts scene, hip bars, music venues, an array of independent retailers and a boom of high-end residences.

As part of this resurgence, the DC government invested in improvements on H Street including new streetlights, curbs, sidewalks, landscaping and streetcar lines.  The new streetcar line connects the site to Metro Rail at Union Station. 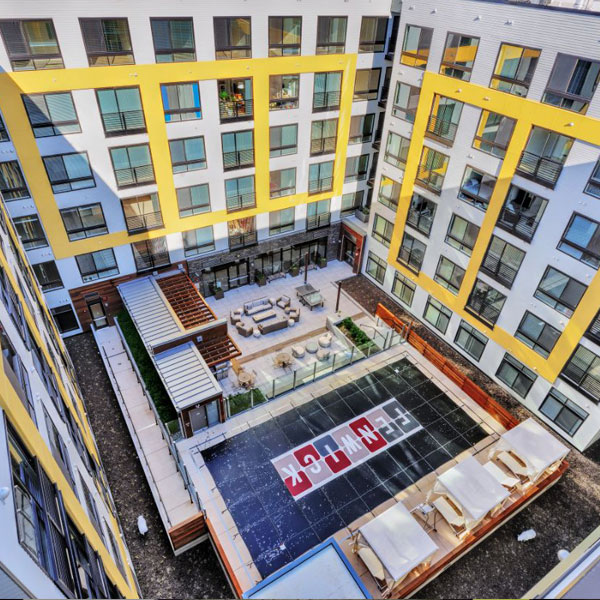